In my restaurant, Ambasada Pacyfiku, we educate people on the use of many exotic ingredients. We cook with them every day. One of the events are Fruity Tuesdays. On most of Tuesdays we held 1-hour workshop on one fruit. We tell how to choose the ripe one, how to cut it and what dishes you can make of it. You will learn what health benefits every fruits brings. You can taste some of our recipes and take them home as well. We don't make obvious things like guacamole but rather avocado icecreams and not a fruit salad but a fish salsa out of a starfruit. Plus you meet other foodies that turn out to be regulars in our premises. Please follow us on facebook so you will know what fruit is next. This week it is the tree tomato or tamarillo as it is know in New Zealand.

I won't say much. 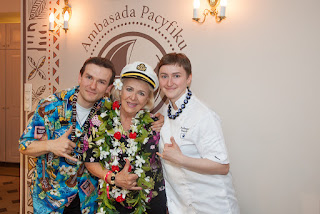 My dream came true. I am the headchef of Ambasada Pacyfiku (South Pacific Embassy) in Krakow, Poland.

We have nice selection of Australian and New Zealand's wines.

See you in Krakow!
Posted by Ilona Zdziech at 01:06 No comments:

Join Club Vivanova at the Hotel Bristol Warsaw, a Luxury Collection Hotel for our annual Magnificent Seven Shiraz Degustation. Seven premium and boutique Australian Shiraz wines will be served with a fantastic gourmet menu; the event will be presented by New World wine professional Bradley Mitton.

The oldest Shiraz (Syrah) vines in the world are in Australia and we have an exceptional selection of wines prepared for this exclusive event.

Reservations
Tickets will cost PLN 250 (EUR 59) per person; the event is subsidised by the organising partners (valued at EUR 130). Price includes all wines, menu and water. Please book by replying to booking@vivanova-newsletter.com.

Members and non-members alike may book for our events, which are always well attended; early reservations are recommended.

Club Vivanova Membership
Our annual membership fee is EUR 68. If you would like to join then please complete an application form and fax or email it to us. Membership runs through until the end of 2014 and is then automatically renewed.
Posted by Ilona Zdziech at 20:30 No comments:

Nothing from the Pacific - yummy Scotch buns 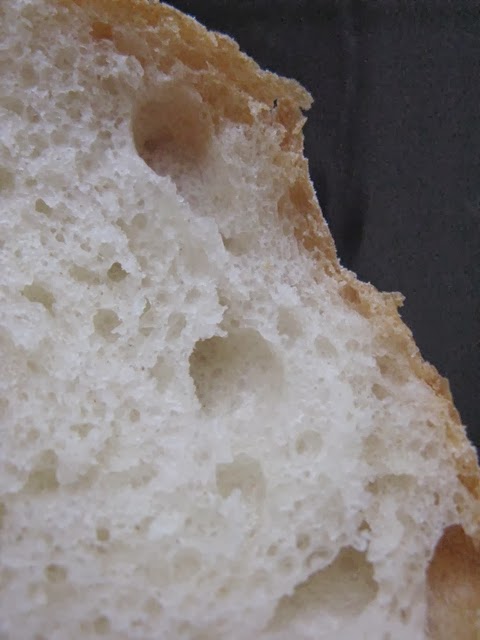 Does anyone remember humble beginnings of our blog? Me and Gosia, we were so much younger (but not as attractive as young mums can be). We both loved cooking. Gosia was fighting with her English language nightmare. I was crazy about breads, sourdough and kneading. I was crazy till last year. Then I was advised to go on a gluten-free diet. That was my kind of nightmare. Yes, I love plenty of other foods but I really missed the wheat and rye stuff. Now I can have a little rest from this restriction. I took out the best ever The Bread Book by Linda Collister. I've made the favourite buns of my husband and they were so perfect! So delicate, with this special smell of the yeast dough. Absolutely divine. 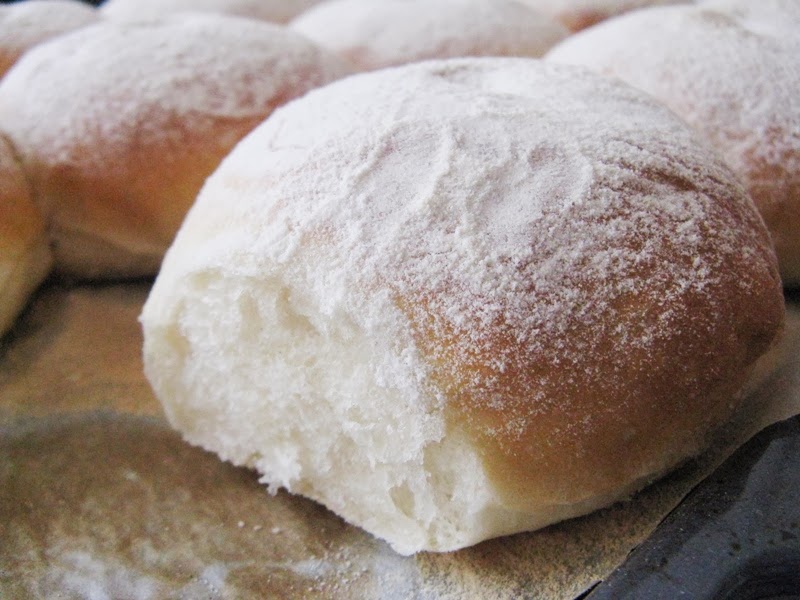 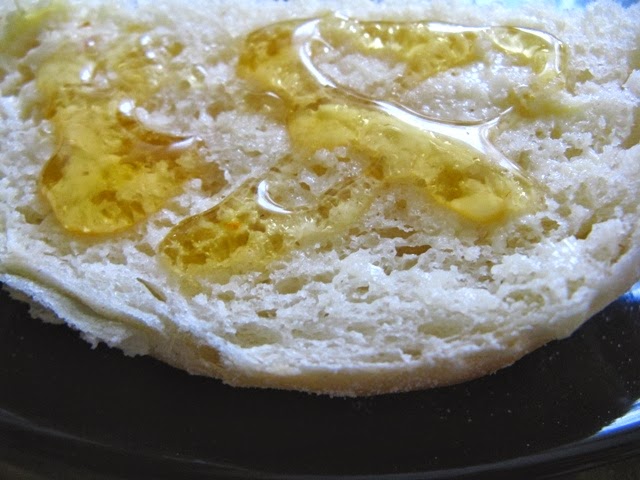 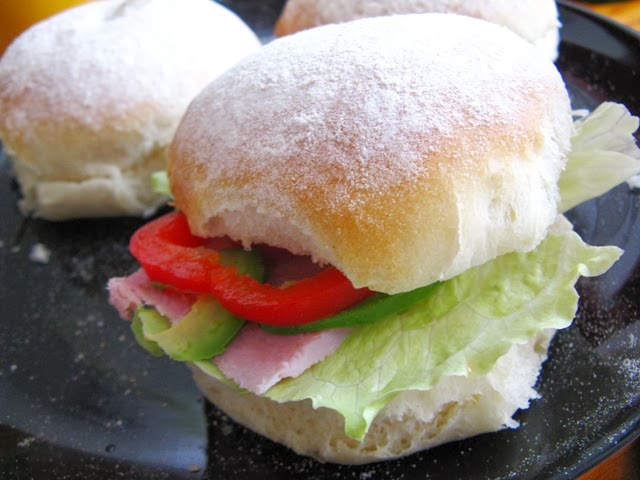 My dear breads, doughnuts and cookies, I have never betrayed you! Yours forever, Ilona.

Posted by Ilona Zdziech at 12:45 No comments:

Taro, Colocasia esculenta - one of the staple foods of the Pacific

Today we explore one of the most important South Pacific crops - TARO. 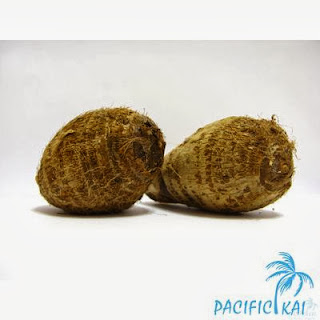 Taro is one of the staple foods for the Pacific islands supplying their population with vitamins, minerals and carbohydrate energy. Its origins come probably from Southern or South-East Asia (India or Malay Peninsula). There are archeological evidences of taro cultivation in Papua New Guinea as far as 9000 years ago. PNG has also the world’s largest genetic diversity of taro. There are many varieties of taro ranging in colour from white, through pink to grey and purple. Some have dry flesh and others may have moist flesh. Taro has a significant cultural meaning. There is no feasting without taro, it is a precious gift and a prestige crop. In the ancient Hawaii it was believed that taro was the older brother of the first man and both were children of the god Wakea and the goddess Ho’ohuku-ka-lani. There was a tapu that in the Hawai’i only men could cultivate and prepare food from taro. Taro is used in traditional medicine and is featured on some South Pacific coins.

Fresh roots will keep for several days. You can also seal them in plastic bag and keep for few months. Raw peeled taro may be frozen. Poe (cooked, pounded taro) and cooked dried taro are very lasting products. The latter was taken on sea voyages.

Taro can be baked, steamed or boiled. Cooked or raw taro makes yummy chips. Cubes of cooked taro can accompany fish and coconut dishes. Cooked taro can be pounded  and worked until a smooth dough forms. This is actually called poe. Poe is a very lasting product. It may get fermented (in which form it is still appreciated) but it won’t spoil. Taro leaves are called rourou. Young leaves with green stems are used as a vegetable. They can be blanched and cooked in coconut cream and added to other foods. Taro flour can be obtained by slicing, drying and milling the corm. Peels and wastes are fed to domestic livestock.

Taro contain irritating substance – oxalic acid. It is good to oil hands before working with taro. Otherwise use gloves. Neither corm nor leaves cannot be eaten raw. The level of acridity can vary considerably between different taro cultivars.

Fresh taro corm consists in two-thirds of water and up to 29% carbohydrate. The predominant carbohydrate is starch. The starch grains are small and easily digestible, good for allergic infants and those suffering with alimentary disorders. 7 % of dry weight is protein for the corm and 23 % for the leaves. Calories intake is about 107 calories for 100 g of taro. One cup of poi has 160 calories.

Taro consists mainly of starch and less fat and proteins:

Peel taro, wash and cut in medium cubes. Cover with cold water and boil until cooked. Remove water. Mash cooked taro until very smooth and elastic dough forms. You can add a little liquid (water, coconut milk) while working with taro. Eat ready poe or use for other recipes. 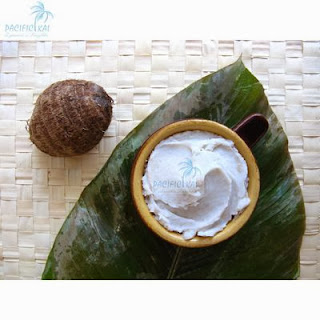 *dilute with coconut milk to a desired consistency and eat like a porridge
*add more milk and coconut sugar for a nutricious drink
*bake bread with poe
*add an egg, onion, season and fry taro cakes

Posted by Ilona Zdziech at 12:47 No comments:

Be sure you won't miss this opportunity!

Join us in Warsaw for a Michelin starred gourmet night of premium Gippsland wines at the amazing Atelier Amaro. Five exceptional hand-made wines will be served with five "Gourmet Moments"; the event will be presented by Bellvale Winery Founder and Owner John Ellis, Chef Sommelier Pawel Bialecki and New World wine professional Bradley Mitton. This will be our first Michelin Star event and the first gourmet wine event to be held in a Michelin Restaurant in Poland, we are pioneers!

Reservations
Tickets will cost PLN 300 per person. This is subsidised by the organising partners (valued at PLN 650) and includes all wines, menu, coffee and water. Please book by replying here.

Bellvale Winery
The Bellvale wines are produced in the Gippsland region of Victoria, Australia, an excellent micro-climate for the cultivation of Chardonnay and Pinot Noir. Bellvale is currently rated with five red stars from James Halliday representing an outstanding winery regularly producing wines of exemplary quality and typicity - truly the best of the best.

Members and non-members alike may book for our events, which are always well attended; early reservations are recommended.
Posted by Ilona Zdziech at 13:10 No comments:

Food from the Pacific 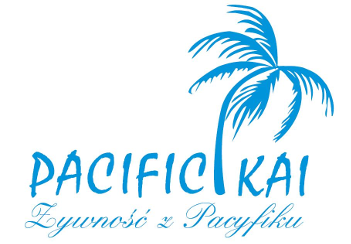 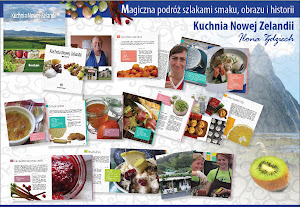 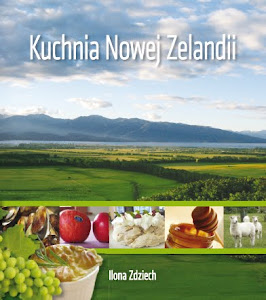